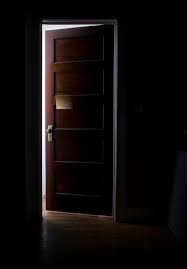 I have always known that I was different from others, but I couldn’t understand why. When I was growing up I thought everyone grew up in a loving, encouraging household with parents who cared about what the kids did after school and made them do homework and had rules. Whenever my sister and I were in a difficult situation (booze, smoking, whatever) – we could always say, “You know what my parents will do when they find out?” and our friends would say, “Oooh, yeah. don’t do this stuff.”

My eyes opened to the unequalness of our society when I was in college. Before that I noticed things like racism and hatred and bullying, but I was ignorant to things that didn’t involve me at all.

In college I went to a conference in Des Moines. It was a Gay Pride event, and I was supporting a friend who has just come out to me. In my naivete I compared it to AA – how we don’t go around saying, “Hi my name is Emily and I’m an alcoholic” – so why would someone announce to the world, “Hi my name is Emily and I’m gay.” Being so blunt seemed like making a big deal – I didn’t care if someone was gay or not, it was a non-issue for me. I didn’t care, it didn’t matter – you’re my friend – if you’re gay, straight, bi, trans, queer, black, white, asian, native american – I didn’t pay attention to those things. Now that I am older (pushing 40), I see that by not noticing those things, or at least, not taking those things into consideration, that I was denying the very makeup of a person.

What is happening is wrong. Hatred is being spewed between families, we are in the midst of a great disaster – our melting pot is going to boil over and everyone must take a stand.

People say that “those foreigners are taking away our jobs.”
Not quite – the business owners are sending our jobs overseas for monetary gain. A worker in the US must earn at least minimum wage. Send the same job to a developing country, the wage is drastically reduced – thus making more money for the company. Don’t like it? Boycott the company – do not blame people in another country for stealing anything – They didn’t take it. It was offered to them.

People say that “whites don’t understand being black in America.”
You’re right, I don’t. I am a white woman with two white children. I don’t have to warn my son about profiling, to make sure he wears a cardigan instead of a hoodie to school, to stop immediately and put his hands up if someone yells, “YOU THERE” and don’t fight it. My son is not in danger of being shot just for walking down the street in a sweatshirt and jeans.
I don’t know what it’s like to be called the N word and spit on and denied entrance to a restaurant just because of my skin color. I don’t understand how to tame a gorgeous mane of curly hair – and I also don’t know if I’m being offensive to you – if I am, please tell me so we can have a discussion and I can learn something.

People say “what do you care, you’re one of THEM.”
I’m one of who? The Whites? The people who invaded this land to claim it for England?
No, I’m not one of THEM. I am me. I was raised to treat every single human being with honor and dignity, regardless of their race, creed, color, religion, belief system, gender identity, sexual preference… I am pained when I hear that someone has been killed, regardless of the circumstances. I am pained when a child is disowned for being gay or bi or trans, because if one cannot be safe at home, where can they possibly be safe?
I’m not one of THEM. I am one of US.

My name is Emily.
I am a single mother of two.
My son is sixteen and my daughter is three.
I have never been married.
I was diagnosed with BiPolar at age 29.
I had my son before I finished college and he was 9 months old when I graduated.
15 years later I earned my Master of Fine Arts Degree.
I work a full time job and a part time teaching job.
Sometimes I receive child support but I have learned to not count on it.
I was sexually assaulted at 18 and self-medicated with booze.

I just opened the door.
I just shared some very intimate information.
Will you knock, enter and share with me?

This site uses Akismet to reduce spam. Learn how your comment data is processed.

A place to spill your thoughts through words.

THE POETRY QUESTION: EXPAND THE CONVERSATION.